Find all of our amazing events, live music, workshops and more here on our calendar 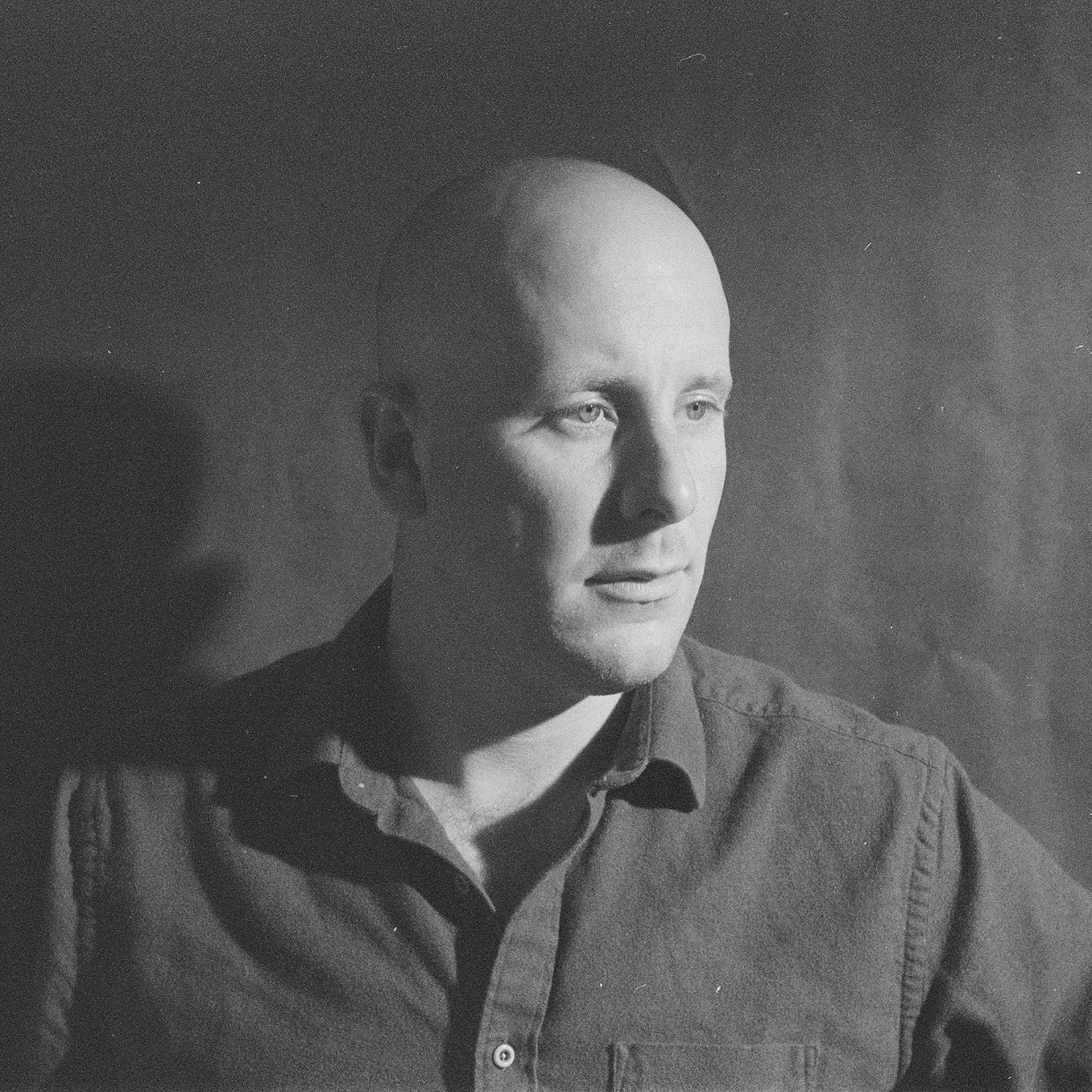 Nick Delffs grew up in Mendocino County, a lawless stretch of coastline that’s hard to get to and, for many, hard to escape. Nick did — emerging in the early aughts as the frontman for Portland band The Shaky Hands, whose sharp, jittery rock was anchored by Nick’s quavering vocals and questing lyrics. The Shaky Hands were mainstays of Portland on the verge of a major shift, and they rode that shift a while, signing to Kill Rock Stars and touring internationally with some of the bigger names in indie rock. But a hiatus in 2011 became indefinite and Nick Delffs was once again cast into the world: working as a sideman, releasing solo records, doing manual labor, going deeper into his spiritual practices, and, crucially, becoming a father.

Becoming a parent can affect different artists in different ways. Nick rode that change with surpassing grace and maturity. 2017’s Redesign, his first full-length under his own name, reflected the transition. In “Song for Aja”, Nick touched on other concerns familiar to those who follow his work: love of the natural world; longing for spiritual and physical connection; the desire to suffer with meaning and exult with abandon, to embrace somehow the world in its maddening contradictions and find the unity at the core.

Childhood Pastimes, his second release on Mama Bird Recording Co., is both more focused and, despite being technically an EP, more ambitious. It’s a four-song cycle — one song with many movements or four songs that bleed into one another, depending on how you hear it — that can be viewed either as a personal journey or an archetypal passage of a human being through four discrete stages: roughly, the movement from childhood innocence into adolescent adventure (The Escape); the sudden immersion into a life of discovery and excitement (The Dream); the first experience of romantic love, followed by the onset of heartbreak, dissolution, breakdown of self (The Affair); the emergence into a new way of thinking, a fresh perspective that encompasses all the suffering and joy into a balanced whole (The Outside).

Nick plays nearly all of the instruments here and the result is a unified aesthetic, born ultimately of his deep-seated love of rhythm: the thrum and throb of the acoustic guitars, the percussive melodic bang of the elegantly-crafted piano lines, and always, always the insistent, driving drums, propelling the record, and the listener, on this journey as the four tracks bleed into one another, one body, one blood, one beating heart. The concept of four songs that are really one suite of music requires a sure hand, and Nick’s never shakes: the way the songs blend together while retaining their distinctiveness — from the poppy exaltation of “The Escape” to the cold intensity, almost like an acoustic Kraftwerk, of “The Affair” — shows a songwriter and musician who has fully grown into his powers.

Those who have followed Nick’s career may see this as a culmination of years and years of honing and fine-tuning his bountiful gifts, and wonder with delight what might come next. For those who haven’t listened to Nick before, Childhood Pastimes is the perfect entry point, a distillation of what’s come before and the promise of a new beginning. 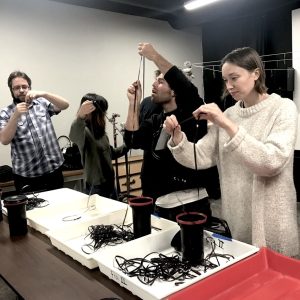 In this workshop students will learn to shoot in the classic, home movie, analog format and become part of a community of Super 8 and 16mm enthusiasts. Explore the “bucket method” of hand processing your film, and how to care for your negatives.

Stephanie Hough is an experimental filmmaker, production coordinator and director of photography whose work explores repetition, gender, relationships and emotional landscapes. Her films HOW TO FEEL (DV, 2010), HEART (16mm, 2013), SPOOKY ACTION AT A DISTANCE (Super 8, 2016) have screened in the NW Filmmaker’s Festival, Portland International Film Festival, Experimental Film Festival PDX, BendFilm, The Boathouse Microcinema, TriBeca Film Center and more. As an educator with the Northwest Film Center, Pacific University and the PNCA, Hough has a passion for sharing analog film techniques and making learning accessible for all. 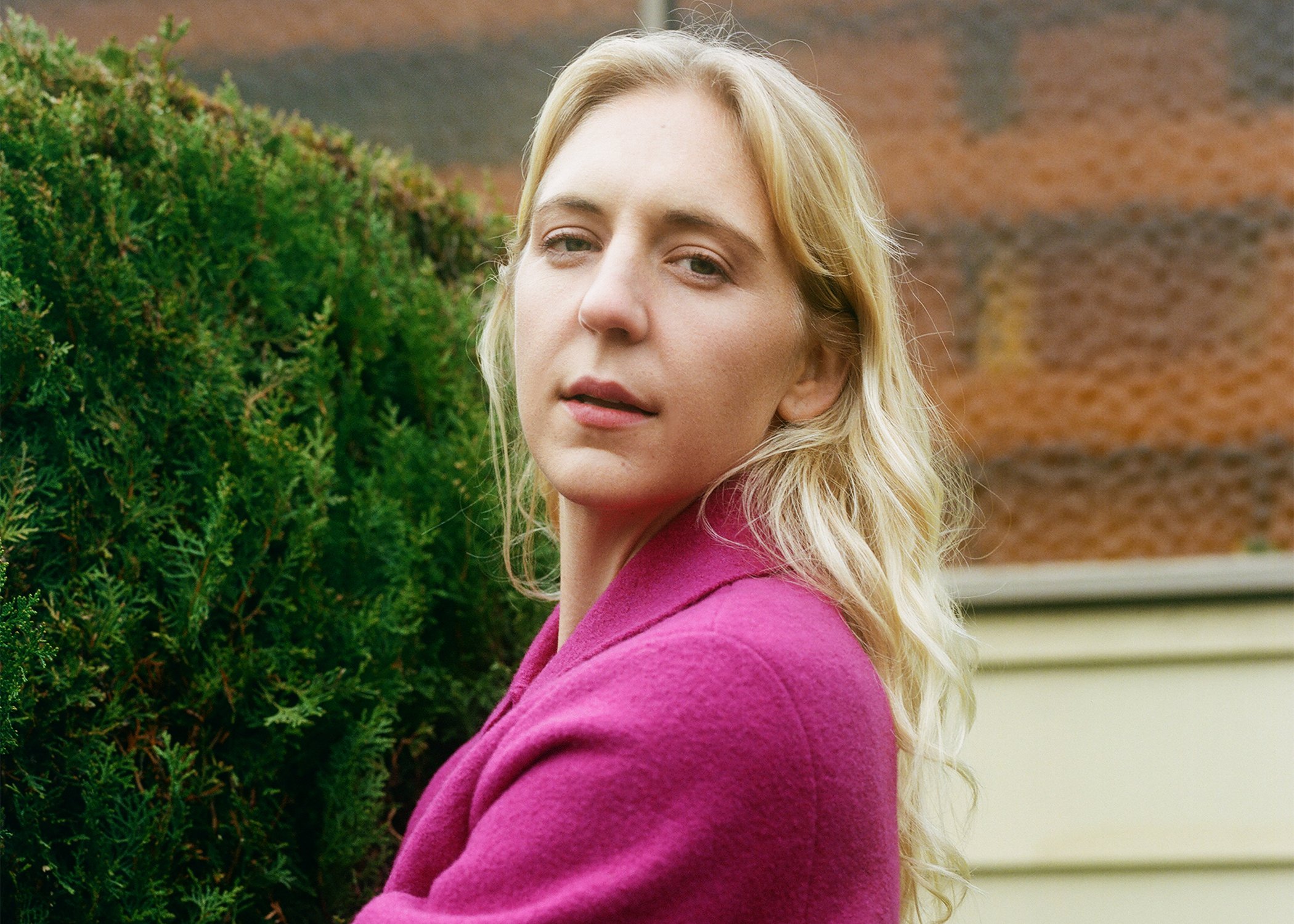 Portland-based Erisy Watt will release her sophomore album Eyes like the Ocean on April 1 via American Standard Time Records. This is the highly anticipated follow-up to her 2019 debut hailed by No Depression as “an exercise in what contemporary folk today sounds like at its peak.” With this new offering, Erisy returns with a lovingly crafted, sophisticated collection of songs, recorded live-to-tape and produced by Y La Bamba’s Ryan Oxford.

Erisy’s sound reliably alludes to iconic vocalists of the 1960s, but here, finds a more fitting home in the vintage-tinged indie ether of Bedouine or Julie Byrne. Her vocals are intimate and alluring, an artful alternation between soothing whispers and gentle howls, backed by an instrumental bigness that evokes windy mountainscapes and piercing blue skies. Throughout Eyes like the Ocean, Erisy calls upon the expanse of earth and sky to navigate life as an adult woman—satiating restlessness, finding connection, and fostering that ever-elusive sense of self that allows one peace.

Erisy Watt grew up in Nashville, but it wasn’t until she left the city of music for college in California that she began writing her own songs. Both of these formative settings are present in her creative instinct—Nashville’s knack for a timeless melody, California’s bewildering vastness and dusty free spirit—but upon these sonic bones lives a body of global adventure. Erisy is an environmental professional with a deep fondness for nature, and has spent time in eclectic locales like Nepal, Thailand, and Hawaii, most often in rugged, remote wilderness. She approaches the music profession with a similar sense of purity; she once toured Europe on foot, banjo on her back. This wide-open way of moving through a capacious planet enlivens Erisy’s music with true troubadour soul. Her songs spring not so much from one place in particular as from a series of well worn travel journals.

This stretch of inspiration calls for acute musical capacity, and fortuitously, Erisy no doubt knows what she’s doing. An accomplished multi-instrumentalist, she can walk up and down a fretboard in gymnastic Jazz chords, craft complex guitar patterns in a wide range of tempos, and masterfully press her vocal performances past previous limits. In the midst of recording her debut album in 2018, Erisy underwent surgery to remove a problematic polyp on her vocal chord. While the diagnosis and procedure proved traumatic, Erisy discovered a new vocal freedom in the healing process. Today, she describes the feeling of being uninhibited, both physically and creatively, as integral to her artistic evolution. The transformation is most palpable on crossover hit “Big Sky,” one of Erisy’s oldest songs, which she polished to shine.

On Eyes like the Ocean, Erisy lets her newly liberated talent shimmer, but her real art is in connection: tracing the invisible vessels between an ocean’s black depth and a mountain peak’s twinkling tip, tracking the slow immensity of glacial paths to the monstrous canyons they carve. She ties her insides to the outside, taking tips from the cosmos, a naturalist with a knapsack of stardust, making luminescent the dark parts of her path, finding a way forward. 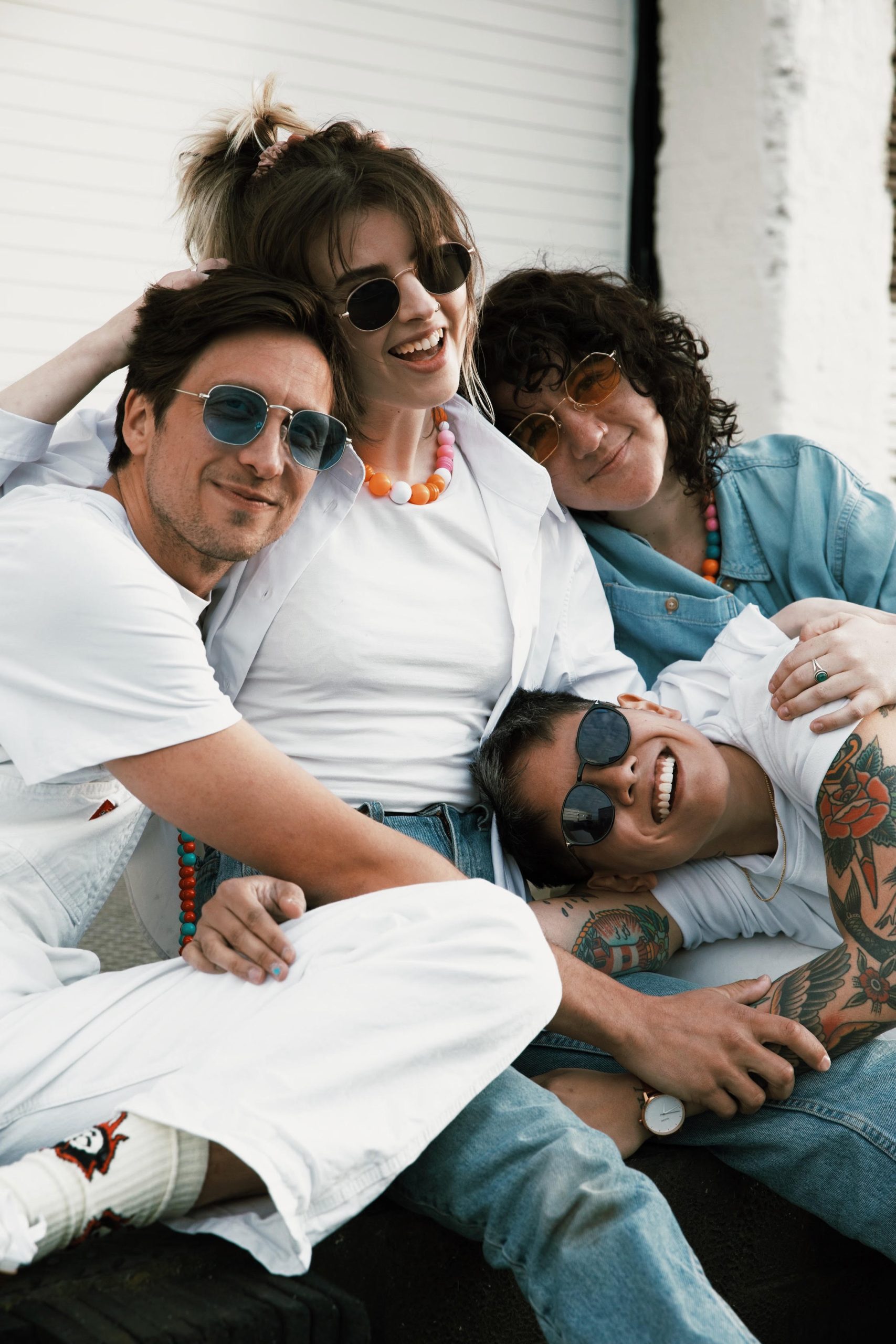 The Apricots: Presented by Sou’wester Arts

The Apricots, an emerging Portland project, is serving indie-rock with funky, soulful influences. They have fun exploring cracks between the genres they love and growing sound between them. Spend a night with the Apricots and you’ll walk away with a pep in your step and a little teeny tiny sparkle in your eye, hopefully wondering “who the hell was that?” 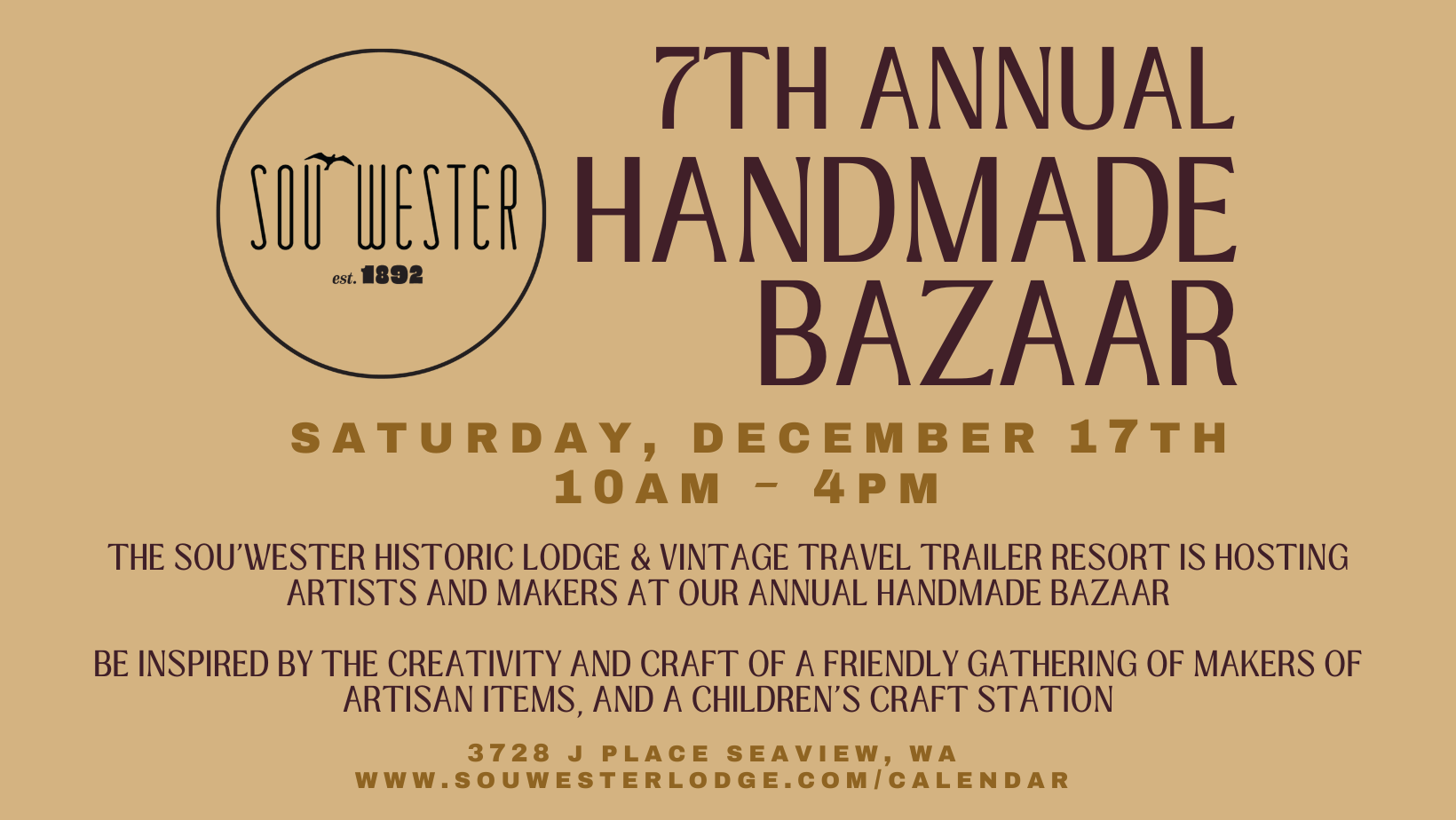 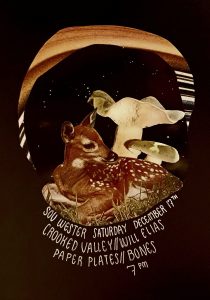 A special evening of local songwriters at The Sou’wester Lodge. 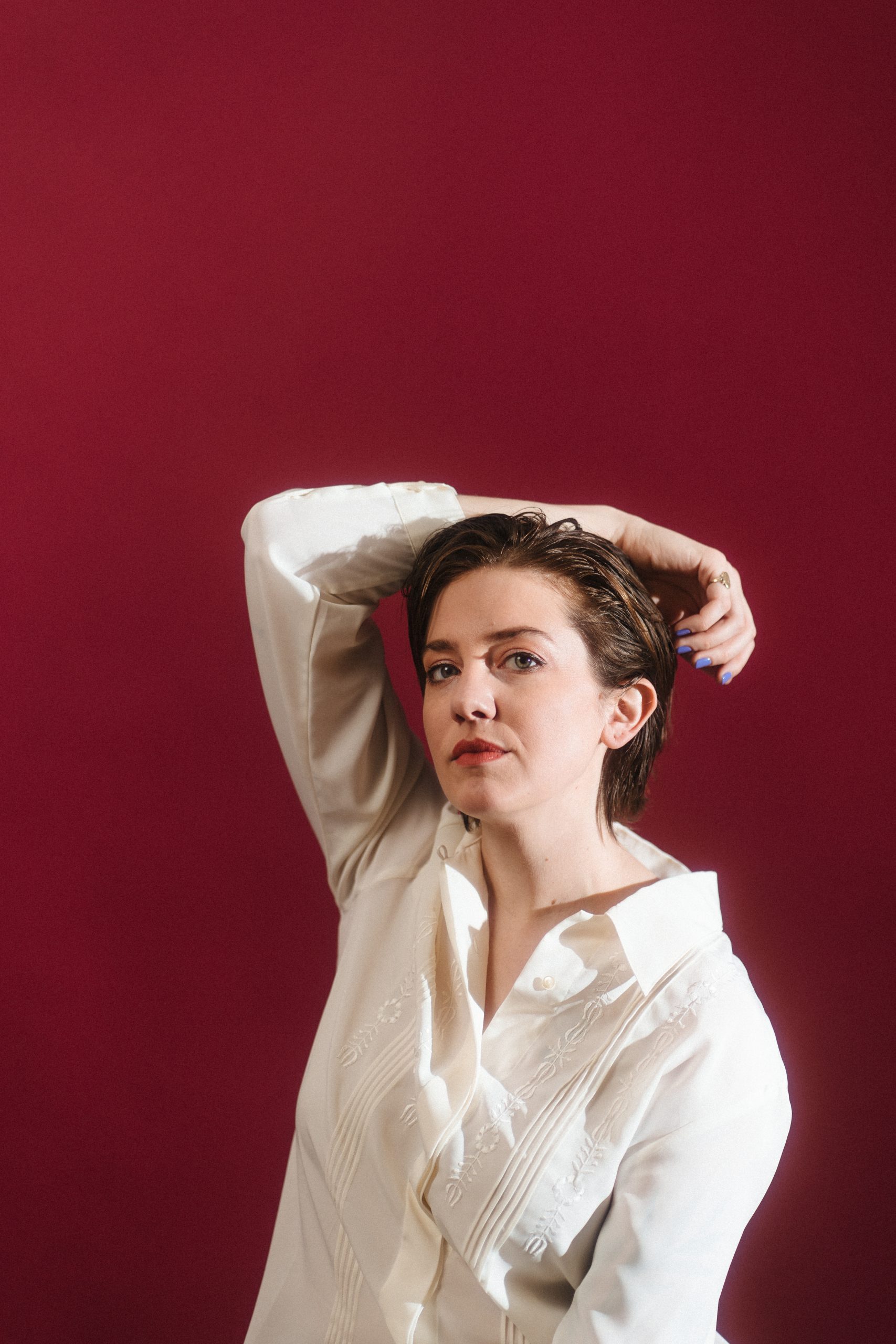 Sam Pinkerton: Presented by Sou’wester Arts
Portland-based singer/songwriter Sam Pinkerton, from Venice Beach, Florida, began her career as an artist in 2012, after moving to Nashville, TN to study Songwriting at Belmont University, and releasing her first record titled An Introduction. In 2016, she moved to Portland, OR, and formed and fronted the blue-eye r&b band, Prolly Knot, touring on one EP and multiple singles. Over the past few years, Sam has worked on writing for other artists, releasing new music, and forming a songwriting group in Portland, where she organizes and hosts writers’ rounds, workshops, and events. She’s put out four songs this year and is currently working on an album.
Read more
Categories: music community
Jan
14
Sat
Jonah Sissoyev and Anna Hoone: Presented by Sou’wester Arts @ The Sou'wester
Tickets
Jan 14 @ 7:00 pm – 8:30 pm 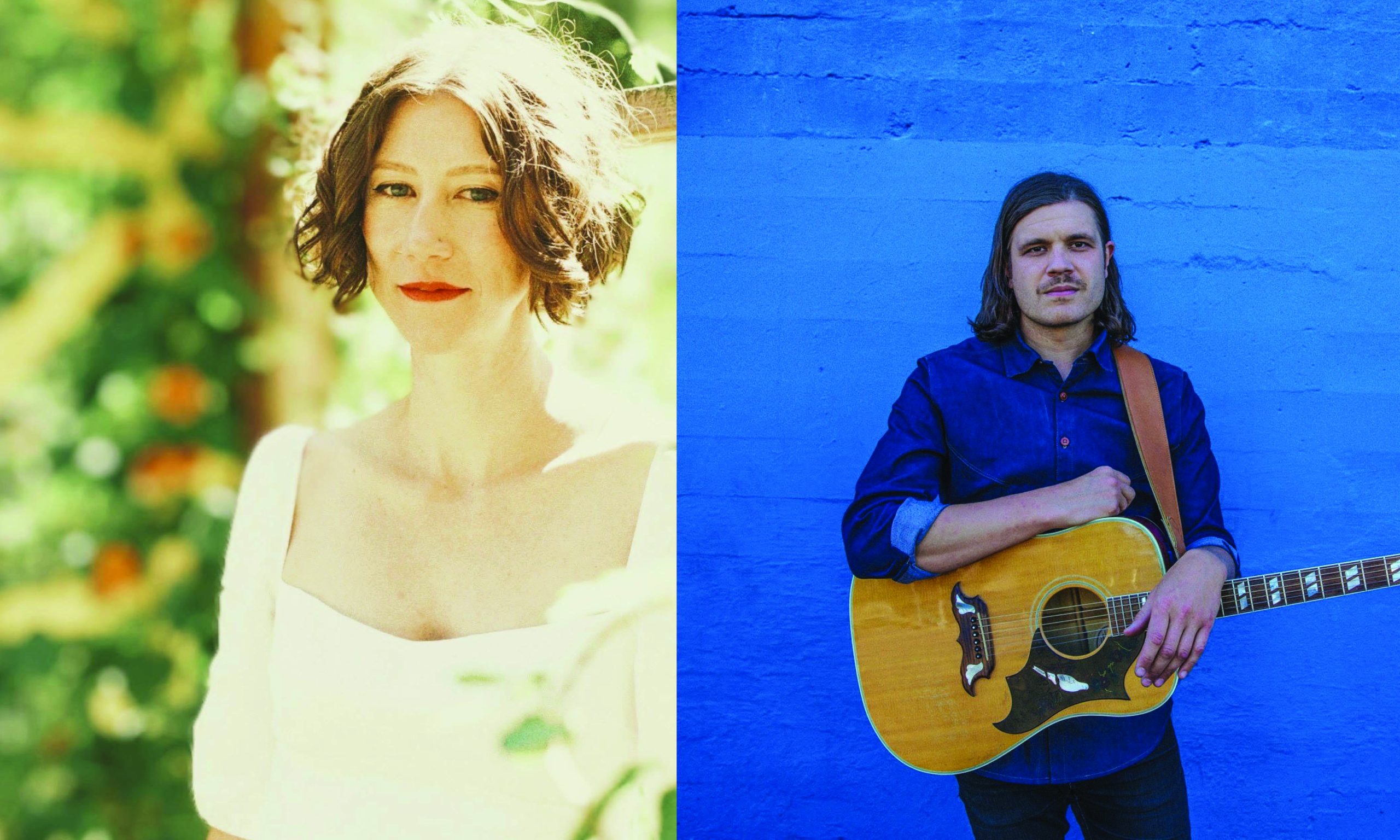 Anna Hoone and Jonah Sissoyev are both Portland-based songwriters who recently tied the knot.
Anna’s upcoming release “You’re the Only One Here,” was written during a period of chronic illness. The songs capture the tenderness, loneliness, and vulnerability of that time.
After taking a 2 year break, Jonah Sissoyev is releasing his fifth studio album, “Me, Myself, God.” This album is a collection of contemplative songs recorded in a historic lodge in the Waloowa mountains of eastern Oregon.
Read more
Categories: music community
Jan
21
Sat
This is Me: Mixed Media Collaging about Identity with Angie Ebba @ Sou'wester Lodge
Tickets
Jan 21 @ 10:00 am – 2:00 pm

In this workshop we’ll explore the idea of personal identity through mixed media. Learn how to do packing tape image transfers, create your own collage papers, and then make a grungy mixed media piece of artwork.

Angie Ebba is a queer disabled writer, artist, educator, activist, and performer. She is a published poet and essayist, who teaches and performs across the US. She believes strongly in the power of words and art to help better understand ourselves, build connections and community, and make personal and social change. 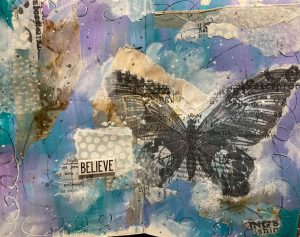 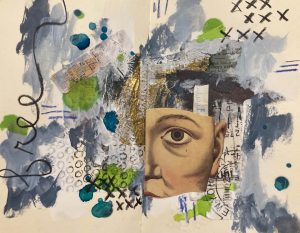 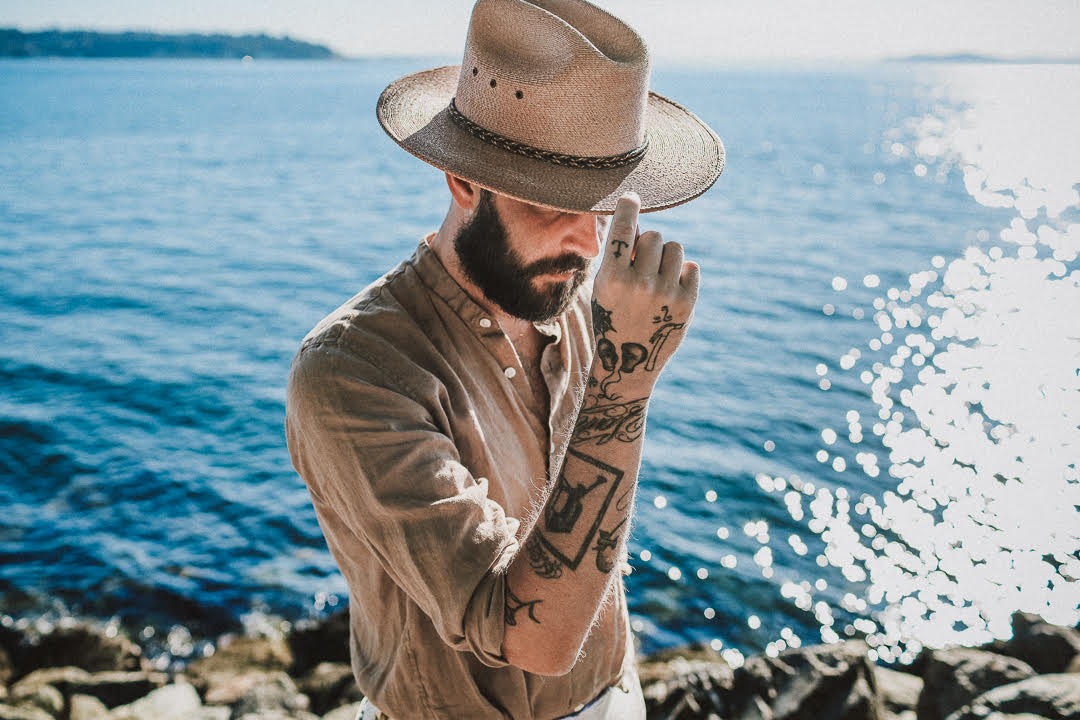 Throughout his career Andrew Victor has shared bills in the U.S. and Europe with Sharon Van Etten, Alela Diane, Marissa Nadler, Tomo Nakayama, and Damien Jurado. He has been a core part of local scenes in Brooklyn, Seattle, Joshua Tree, and Rhode Island. His new studio album Recovery arrives 11/4/22.