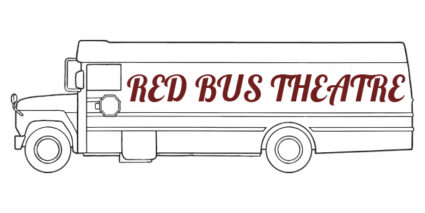 *Please no food or drink. Thank you!

Structures of Nature and Structures of Form are two programs investigating the ways in which cinematic stories can be constructed. While the substance of each work may be different, they all begin with editing and animation as the basic core building blocks with a mind towards how a work may be sculpted rather than simply put forward in a traditional linear fashion. Incorporating improvisation, repetition, looping, and spirals as metaphors for how a piece may unfold, the program is broken into two distinct themes.

Structures of Nature deals with works that have been made in tandem with the natural world in large part from diary based expeditions in which images taken at a specific moment in time are later re-constructed to expand upon the notion of what existed in that particular moment in time. The films Yard Sitting, Oceanic Rounds, An Eastardly Journey, Coastal Observations, Windy Beach Morning, and An Afternoon Stroll at Thousand Acres Park, were all made with a still camera and combining multiple images together in repetitive loops with live and recorded audio to both mimic the natural world, while also diving deeper into what may exist in a plane just on the other side of our own perceptions. East Lake Sans Souci and HearNW were both shot on a Super 16mm camera in which the image extends into the area upon which a soundtrack might traditionally be laid, so that the image itself is creating sound. These two films expand upon this notion of what a photographed nature sounds like, both as improvised and composed layering of sound and image. Home is Heart is a hand drawn stop motion animation utilizing loops to examine how our breath, and pumping blood is directly tied to the continual rhythms of our home, Earth. Finally EARTH by the Cult of Ma and Quilt Patch Landscape incorporate digitally edited found footage and hand made direct animated loops to create “still moving images, or matte based films” in which the axis of linearity extended into the “z” or inwards, rather than the traditional “y”, or left to right. Similarly to the films listed in the first program, Structures of Form offers a glimpse into alternative methods for storytelling. Que Pasado, Episode 8 of the Lyric Project, The Oregon Fruit Tramp, and DEVOUR all embody live action narratives utilizing repetition, re-timing, and re-mixing, to help drive stories of loss, change, and trickery. Les Images Des Une Image, Blackhole Anteater Plays Home, A Growing Seeds Animation, and Juxtaposition are documentaries on an idea, persons, and places created as improvisational experimentations involving a single image, a musician, a group of 3 year olds, and the colors and shapes in an urban setting. Flip Flop, A Thauma-Tale, and Between the Lines, are animation based works using hand drawings, cut out, and digital effects to bring a story down to its most simplistic level, an action that sets off a path to other actions. Finally Words is a work playing with timing, re-structuring, repetition, and cyclical improvisation, as three words continually change to create different emotional statements.

Ben Popp is a filmmaker, animator, curator, and educator. Born in New Mexico where he was first introduced to animation and home movies using the family VHS camera. In 1999 Ben moved to Milwaukee Wisconsin where he got his hands dirty with 16mm in large part due to the Riverwest Film Co-Op and the kind hearted Micalea O’Herlihy. He returned to NM to finish a degree in Media Arts from the University of New Mexico before heading to Chicago where at the School of the Art Institute he began to work more with matting, and combining super 8, 16mm, and digital media, beginning to understand more the idea of structuralism and how this particular medium might be sculpted by time. In 2007 he received his MFA and moved across the country to Portland, Oregon. Here Ben co-found a microcinema, Grand Detour, with artists Dustin Zemel, Hannah Piper Burns, and Karl Lind. The cinema programmed works by both local, regional, and touring media artists. During this time Ben began teaching animation and video to youth throughout the greater Portland area while also teaching workshops at colleges such as Pacific University and Dartmouth College. In 2012 Grand Detour, now under Ben and Hannah Piper Burns created the Experimental Film Festival Portland, a five day festival highlighting single channel, multi-channel, and performative works from local, national, and International media artists. In 2014 Ben was awarded the prestigious Oregon Media Arts Fellowship and the following year took over the long-running Northwest Filmmakers’ Festival for the Northwest Film Center. He is currently the Head of Artist Services for the Portland Art Museum’s Center for an Untold Tomorrow and teaches animation through Portland State University’s School of Art + Design.

SAM TAM HAM is an interdisciplinary artist from Aotearoa New Zealand, based in Portland,
OR (stolen Chinook territory). Their practice functions more like an ecology than a discipline.
A messy but creatively and critically fertile nexus of intersecting inquiries. Whether as film,
sound, installation, writing, painting, or performance, Sam has worked across the globe
presenting work at Whitechapel Gallery, Portland Art Museum, Issue Project Room (NYC),
ARTSPACE Aotearoa (NZ), Transmediale (Berlin), and much more.

In ALWAYS PREGNANT PAUSE, sam presents four artist film-works shot on celluloidal
moving image film. Each film is a no-edit single-take shot employing the full end-to-end
length of a roll of film (both 16mm & super 8) as parameters for determining the length of a
performance. Treating the material film like a stage or a canvas where defined physical
limitations intrinsically dictate the shape of that which inhabits them. Although a variety of
concepts are explored across the 4x works, they’re all pregnant pauses. Prefaces to
meaning. Rather than explaining themselves with easily consumable deliverables, they
require you to invest yourself a little more than usual. Only getting something out of them if
you’re willing to put something in.

Belgian filmmaker Anouk De Clercq is our featured Artist-In-Residence in the lead up to Sou’wester Arts Week 2022. Anouk’s residency will culminate in daily screenings of One (2020), OK (2021) and We’ll find you when the sun goes black (2021); on rotation beginning Thursday, March 24th in the Sou’wester’s red bus micro cinema. Free and open to the public 5-9 p.m. daily.

Woman and non-binary directed films in order of appearance:

POW FILM FEST WAS ESTABLISHED AS AN ORGANIZATION THAT LIFTS UP AND AMPLIFIES THE VOICE OF UNDERREPRESENTED WOMEN AND NON-BINARY DIRECTORS, CREATING A PLATFORM TO SHARE THEIR WORK WITH THE GREATER PORTLAND COMMUNITY AND BEYOND. RECOGNIZING THAT MODERN-DAY FEMINISM IS BORN FROM A WHITE LENS AND THAT SUFFRAGETTES OF THE 1920S DISMISSED THE VOICES OF BLACK WOMEN, WE KNOW WE HAVE MUCH WORK TO DO. WE SHOWCASE FILMS THAT REFLECT ALL WOMEN DIRECTORS, AND WE HAVE WORKED ON BUILDING AN ORGANIZATION THAT UPLIFTS AND GIVES VOICES TO BLACK WOMEN AND NON-BLACK WOMEN OF COLOR, TRANSGENDER WOMEN AND NON-BINARY FOLKS, QUEER WOMEN, DISABLED WOMEN, AND THE MANY WOMEN THAT SIT AT THE INTERSECTIONS OF THESE IDENTITIES. WE ACKNOWLEDGE THAT INTERSECTIONALITY IN FEMINISM IS VITAL.

In order of appearance:

Sou’Wester Arts is a non-profit 501c3 organization that helps fund our art, music, and wellness programming. Our mission is to be of service to the artist community at large by providing a space for folks to create, connect, restore, and renew in order to experience transformation within themselves and their work.