in the Art Trailer Gallery 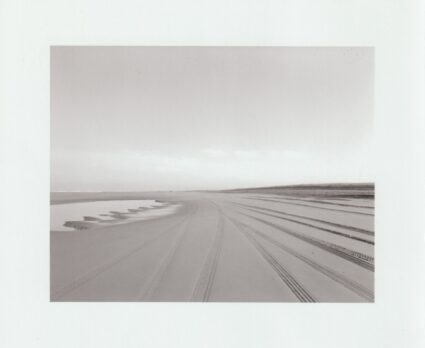 Dirk was born in Spokane, WA in 1955, later moving to England where he grew up and was educated.

Dirk has been a professional photographer since 1979. He was founding Director of Photography at the prestigious Axiom Centre for the Arts in Cheltenham, England, and a visiting lecturer in photography at Blackpool and Bournemouth Colleges of Art. From 1988 until 1995 he established himself as a leading British photography agent. During this same period he was a commissioned freelance landscape photographer working primarily with English Heritage, and an independent curator and consultant. He has exhibited his work since 1981.

Since 1996 when he, with his wife Jane and daughter Maud, moved to Seaview he extensively photographed his immediate surroundings conveying an intimate sense of place.

The Art Trailer Gallery is free and open to the public.

*Due to Covid-19 a face covering is required while inside the gallery. The gallery is open to one person, couple or family at a time and allowing for 6′ distance at all times.

This trailer is a 1960’s Aloha made in Aloha, Oregon. It was rescued from a neglected RV park in the northern part of the Long Beach Peninsula. Now repaired and transformed into an art space, this art gallery is part of our Artist Residency Program and our non-profit organization, Sou’wester Arts.