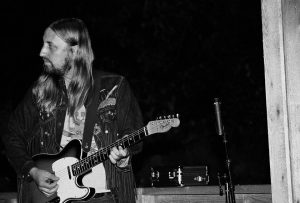 Join us for a fun weekend with soulful country band, The Backsliders, Get a special TAROT reading from Tony Candelaria & Stef Choi, of BELLY & BONES, and latest addition, readings from Lisa Wells and Martha Grover.

++++THE BACKSLIDERS++++ represent the best of the worst in all of us: broken hearts, weak morals, self pity and the darker side of human nature. Initially born of an attempt to use music as a rope to pull them towards the light (or at least some comfort in the dark,) the group has become a social union of dusty comrades with a pure love for feeling in music. Listen closely and you’ll pick up Byrdsian country vibes, shuffled rock and roll, a love for the sounds of Bakersfield, 70s Texas troubadours and the rushing wind of Oregon’s High Desert.

“Tony Candelaria and Stef Choi’s interest in the Tarot began while searching for ways to connect with their work as artists on a deeper level. After discovering the surreal films of artist Alejandro Jodorowsky and the collection of his written works on Tarot and Shamanic psychotherapy, Tony and Stef integrated the Tarot into their practice and quickly began to understand it’s intended use as a mirror. Revealing blocks or inhibitions of their highest intentions and goals. Now as a collaborative practice, they offer readings for clients as a “couple”. Creating a balanced perspective of the Tarot and giving the client an even deeper insight into their particular question.

They will be offering readings for $20 at the Sou’Wester Lodge on Sat Jan 10th.”

Lisa wells will be reading

Lisa Wells is a poet and essayist from Portland, Oregon. Her work has appeared in The Believer, Best New Poets 2014, Third Coast, The Rumpus, Southern Humanities Review and others. She is the author of The West Behind Us, a collaboration with photographer Bobby Abrahamson documenting collapse in the rural west, a chapbook, BEAST (Bedouin Books, 2012) and a book of essays, Yeah. No. Totally. (Perfect Day, 2011.) She has an MFA in Poetry from the Iowa Writers’ Workshop and currently lives in Iowa City.

Martha Grover will be reading from her book, One More For The Road.

Eight years in the making, One More for the People is the first collection of Martha Grover’s zine Somnambulist. Playful, wry, and conversational, One More for the People chronicles three generations in the life of the Grover family. As these idiosyncratic characters reluctantly confront adulthood, one Grover is always there to take notes. But after she’s diagnosed with a rare and potentially fatal disease (whose 81 symptoms include dramatic changes to her appearance, not to mention the dreaded possibility of having to move back home), One More for the People becomes something unexpected: a survival guide. In the spirit of Lucy Grealy’s Autobiography of a Face, Grover transforms her own misfortune into a tale as unsettling as it is entertaining.