Catherine Feeny grew up in the suburbs of Philadelphia, Pennsylvania, part of a tight-knit family for whom music was a uniting force. Absorbing Springsteen through her older brother, Simon and Garfunkel through her parents and The Smiths through her elder sister, she early on developed a keen ear for songwriting, such as her song, “Carrier Pigeon.” “Chris and I played it together during pre-production for the album, and he started brushing on the snare in this distinctly wing-like fashion — he is not a lyrics guy, and he did not know I was singing about a bird,” Feeny says. “That is what it’s like playing with him — magic and intuition in a sweet, humble package.” 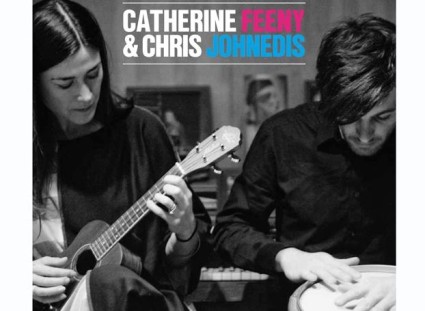