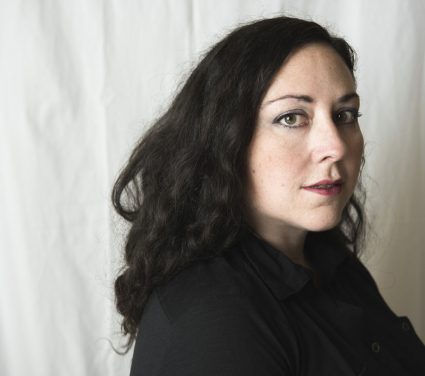 Leni Zumas won the 2019 Oregon Book Award for her national bestselling novel RED CLOCKS, which was also shortlisted for the Orwell Prize for Political Fiction and the Neukom Prize for Speculative Fiction. Red Clocks was a New York Times Book Review Editors’ Choice and was named a Best Book of 2018 by The Atlantic, the Washington Post, the Huffington Post, Entropy, and the New York Public Library. Vulture called it one of the 100 Most Important Books of the 21st Century So Far.

Zumas is also the author of FAREWELL NAVIGATOR: STORIES and the novel THE LISTENERS. Her fiction and nonfiction have appeared in Granta, The Times Literary Supplement, Guernica, BOMB, The Cut, Portland Monthly, Tin House, and elsewhere. Her work has received support from the Lower Manhattan Cultural Council, the Barbara Deming Memorial Fund, the Regional Arts & Culture Council, and the New York Foundation for the Arts. She lives in Portland, Oregon, and directs the creative writing program at Portland State University.
www.lenizumas.com 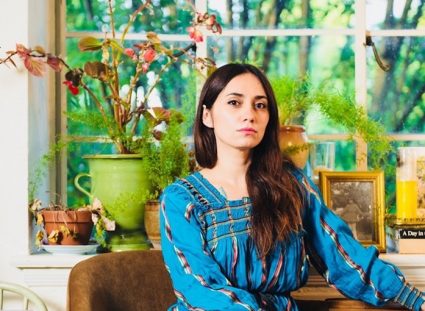 Sophia Shalmiyev tells us on the first page of her striking, lyrical memoir, Mother Winter. To understand the end of her story we must go back to her beginning.

Born to a Russian mother and an Azerbaijani father, Shalmiyev was raised in the stark oppressiveness of 1980s Leningrad (now St. Petersburg). An imbalance of power and the prevalence of antisemitism in her homeland led her father to steal Shalmiyev away, emigrating to America, abandoning her estranged mother, Elena. At age eleven, Shalmiyev found herself on a plane headed west, motherless and terrified of the new world unfolding before her.

Now a mother herself, in Mother Winter Shalmiyev recounts her emotional journeys as an immigrant, an artist, and a woman raised without her mother. Depicted in urgent vignettes that trace her flight from the Soviet Union and back again to find the mother she never knew, Shalmiyev’s story is an arresting, impassioned account that is equal parts refugee-coming-of-age tale, feminist manifesto, and a meditation on motherhood, displacement, gender politics, and art. Her years of travel, searching, and forging meaningful connection with the worlds she occupies culminates in a searing observation of the human heart and psyche’s many shades across time and culture.
www.sophiashalmiyev.com 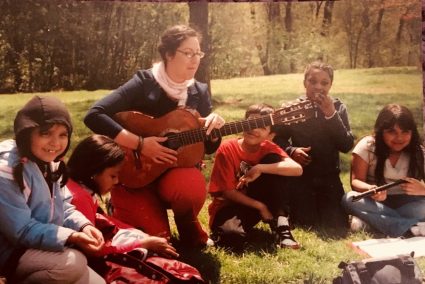 Ivy Ross Ricci is a nationally recognized, musician, writer, educator, and activist who incorporates philosophy, poetry, humor, storytelling, and a radical understanding of human potential into accessible songs and social service. She believes in the power of everyday life lessons to draw us all into the heart of Creativity, Empathy, and Awareness. Her work with youth and adults aims to dismantle discrimination based on gender stereotypes. She has been recognized for her contributions and leadership in the fields of girls’ empowerment, literacy, public art, women’s health, juvenile justice & youth advocacy, music, teen peer leadership training, implementation of anti-bias curricula, and creative after-school programming.

Most recently, Ivy has been touring a music video for a song that she wrote entitled ‘Girls Sit Screaming’ in schools nationally and facilitating conversations with students, teachers and parents about how we can create a world in which mainstream constructs of gender don’t limit any of our amazing youth as they come of age.
It is an honest song of defiance and freedom that exposes the many double standards that girls and women experience in the classroom, in the workplace, and in our society in general. It is an anthem for the cultural shift we are experiencing in which women’s voices are heard, believed, and valued.

While her work focuses on the experiences of girls and women, Ivy is dedicated to establishing an inclusive environment that pays attention to the needs of all gender identities.
Photo by Eve White