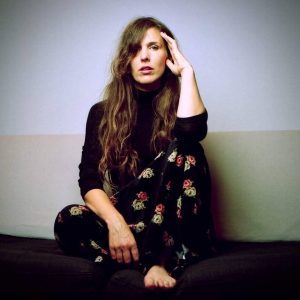 All the way from New Zealand…
A special Valentine’s Day Feature…
Reb Fountain!!

Just back from supporting The Chills and recording her new album (release June 2019) Reb’s had a busy year; After touring and recording with Finn Andrews (The Veils) she released ‘Hopeful & Hopeless’; “the most perfect EP ever made,” (Simon Wilson, Metro) which was, “a perfect jewel of songs” (Simon Sweetman, Off the Tracks) that was recorded live at The Wine Cellar in Auckland.

After hearing her perform, Neil Finn (Crowded House, Split Enz) handpicked Reb to feature in his all-star choir for his month long album building and recording project, ‘Out of Silence’; she has since performed with Neil for his New Zealand and Australian ‘Out of Silence’ tour.

Reb released and toured the second of her stellar new projects, ‘Little Arrows’; a much awaited album featuring the late Sam Prebble that was nominated for Best New Zealand Folk Album 2018. Her band, “made up for lost time by putting on one of the finest shows of the year” (Marty Duda, 13th Floor).

Reb then jumped straight into ‘The Boy Next Door – a celebration of Nick Cave’ to further sold out shows around the country. “From the moment she arrives on the Spiegeltent stage she possesses it completely.” (Bridie Freeman, The Hook).

A pre-eminent singer and performer Fountain has for years been the musicians secret, having performed and recorded with The Eastern, The Warratahs, Marlon Williams, Delaney Davidson, Don McGlashan, Finn Andrews, Will Wood, Tami Neilson, Neil Finn and featuring in The Last Waltz 40th Anniversary tour as the voice of Joni Mitchell.

“Reb Fountain is to be counted among our finest songwriters whose imagery is both personal and universal, and her command of a melody and a song transcends genre.” (Graham Reid, Elsewhere).

This event is free and open to the public!