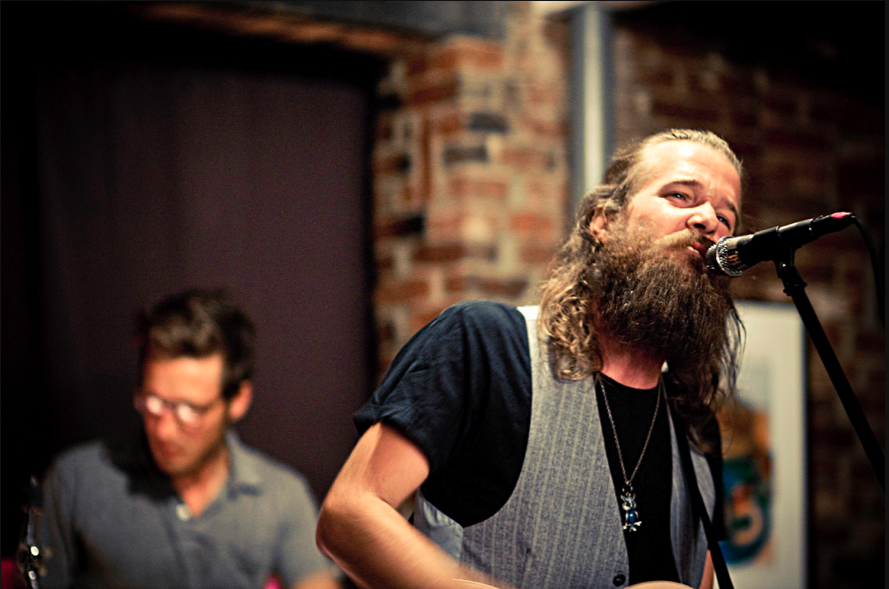 Formed in Portland, Oregon in 2007 and based on the songs of Dustin Hamman, Run On Sentence involves a rotating cast of musicians but most frequently is the core duo of Dustin (Guitar/Vocals) and Drummer Dan Galucki. Though the lineup shifts frequently, Dustin is always front and center, sharing his unique blend of intimate lyrics and dynamic musical amalgamations, often consisting of elements of Soul, Folk, Psych, Rock and Country. Over the years, Run On Sentence has shared members and stages with amazing Portland bands like Loch Lomond, The Builders and The Butchers, Laura Gibson and Wooden Indian Burial Ground. They’ve also been blessed to share the stage with some of their favorite national artists like, Rodriguez and Vic Chesnutt. The duo version of Run On Sentence will be performing at the Sou’wester on Sunday, August 27th.