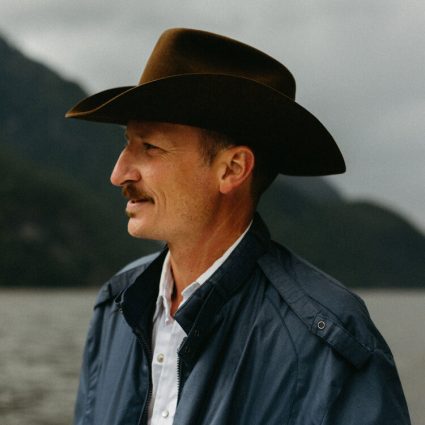 “I’m kind of a junkie for sad songs and ballads,” says Bob Sumner, the younger half of Vancouver-based Americana outfit The Sumner Brothers. “As a teenager most of my friends were into hip-hop, but I felt pretty out of place rolling around suburban White Rock, British Columbia, pumping gangster rap.” Sitting in his room with his headphones on, Sumner compiled downhearted mixtapes pulling together the more introspective songs of CCR, The Band, Led Zeppelin, Emmylou Harris. As he began writing his own songs, this innate attentiveness to songcraft and emotional understanding became a hallmark of Sumner’s songwriting and aesthetic. In the years since, he’s released five albums with The Sumner Brothers, blending sounds as disparate as Neil Young and The Dead Kennedys, but Bob Sumner’s Wasted Love Songs (out January 25) presents Sumner back in the bedroom, attentive to the quieter recordings of his formative years. Helmed by the gentle intentionality of Sumner’s voice and lyricism, this rare debut from a songwriting veteran expresses the timeless quality found in the melancholy of Townes Van Zandt, the atmospheric momentum of Tom Petty, and the prophetic restlessness of Bruce Springsteen.

The culmination of Sumner’s creative intention and sensitivity, Wasted Love Songs is born out of an entwining of musical influences spanning decades. With his brother Brian, he’s written and played finely tuned songs erected at the borders of country and rock and roll for nearly 15 years, making the Sumner family name synonymous with the alternative folk and country music scenes throughout the Pacific Northwest and Western Canada. In the midst of The Sumner Brothers’ growing orientation toward rock and roll in recent years, Bob Sumner felt the draw toward his balladic roots. “I had all these ballads and folk songs that worked really well together,” he says. “I wanted to make an album someone could just put on and unfold into.”