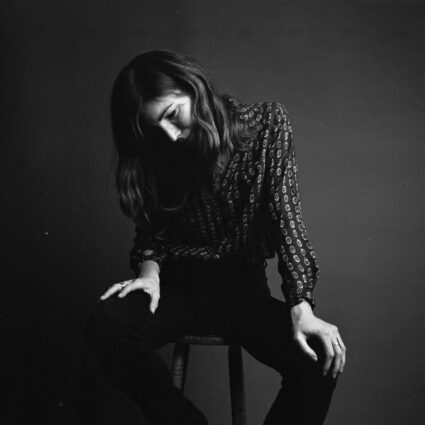 Anna Tivel is an American singer-songwriter from Portland, Oregon. She has released four studio albums on Portland-based Fluff & Gravy Records.[3] Her 2017 album Small Believer received positive reviews[4][5] and was named a “Top 10 underheard album of 2017” by Ann Powers of NPR.[6] In 2019, NPR called her album The Question “one of the most ambitious folk records of 2019”;[7] it was also listed by Paste as one of “10 essential folk albums from 2019”.[8]

Rolling Stone listed her as a standout performer at the 2019 AmericanaFest in Nashville, writing “In a week of countless songsmiths showcasing their attempt at that exact type of singer-songwriter storytelling, Tivel’s winding, largely chorus-less tales shined and shimmered.”[9] The magazine also named the lead single from The Question, “Fenceline”, a “song you need to know”.[10]

Tivel was born in La Conner, Washington and grew up in a musical family, learning violin and fiddle as a child. After moving to Portland at age 18, she developed an interest in songwriting and began to write and perform her own material.[11] Many of her songs are vignettes about the lives and struggles of ordinary people; she said in an interview “I’m drawn over and over to the small stories of people (myself included) just trying to get by, to do a little better, to feel some sort of beauty in an ugly world.”[12] Tivel’s songs are often somber in tone as she has said that she “just [doesn’t] trust happy songs as much”.[13]

On her last album, The Question, she collaborated with engineer Brian Joseph and producer and musician Shane Leonard.[14]