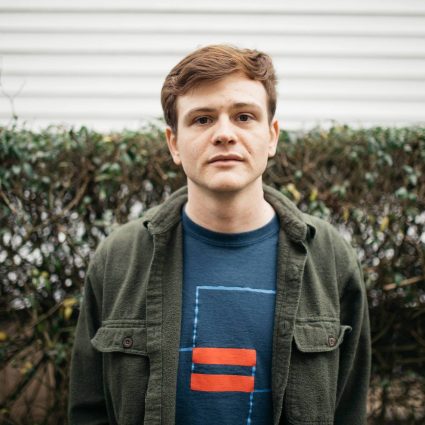 Arran Fagan is a folk musician based in Portland, OR. A product of the grassroots music movement of Southern Oregon, Arran has spent the greater part of his life pursuing music, creating wistful and evocative songs that explore themes beyond his age – love, loss, divorce, and the endless passage of time.

​Often compared to artists like Joan Shelly, Josh Ritter, and Nathaniel Rateliff, Arran Fagan has been working his way into the northwest folk scene for some time, getting his start playing countless coffee shops and house shows for college classmates and eventually opening for northwest favorites like Leif Vollebekk, HorseFeathers, Kris Orlowski, and Jeffrey Martin. Praised for his introspective lyrics and vivid storytelling, Arran has garnered a following in his native Oregon with his uncanny ability to weave the personal and universal.

In 2015, Arran recruited fellow University of Portland students Jack Pfeffer and Jonathan Wiley, and the three worked to perfect a sparse, melodic sound influenced by their individual backgrounds. Fueled by introspective lyrics and nostalgic melodies provided by the intimate combination of viola, bass, and acoustic guitar, his music explores themes of loss, growth, and the passage of time with fresh eyes. Arran’s third album, Weight of Time, debuted in January of 2018 to a sold-out release show and was followed by a tireless West Coast tour. Praised by outlets like half&half and Elsewhere for its powerful stories, cathartic songwriting, and ability to “[weave] concrete images and abstract feelings,” Weight of Time saw Arran establish himself as a surefooted and exciting fixture in the Portland folk scene.

The “Warmth / Death” EP was released in early 2019. For the duration of 2019, Arran was on hiatus while conducting a Fulbright Grant working as a secondary English teacher in a rural school in Sarawak, Malaysia on the island of Borneo. Returning to Portland in January 2020, Arran can now be found playing shows around the Portland area and is working on his next solo musical project.