Outlaw Americana for people that like Waylon, Willie, Nick Drake or ghost towns and old theaters.

Join us in welcoming Bart Budwig and Luke Ydstie (of Blind Pilot). Bart Budwig grew up on the Idaho Palouse, with a pawn shop trumpet and a heart as big as a skyscraper – if skyscrapers knew how to be humble. “I can’t say enough about this man’s songwriting….imagine riding on a wagon, heading off into the sunset with the one you love while you’re whiskey drunk, and a charming old cowboy rides alongside the wagon and croons about lost love and how he once had to shoot a man down. Then inside the wagon is a wise old woman who bakes cookies and lets you eat all the dough you want. It’s like that, but better. Give a listen and slow dance” – Jeffrey Martin 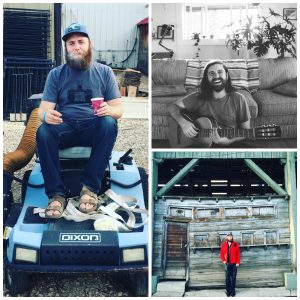