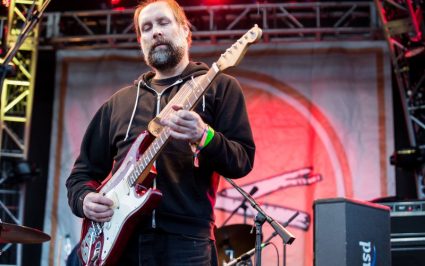 DOUG MARTSCH AT THE SOU’WESTER

Dedicated to supporting BIPOC and all underrepresented voices.

Martsch’s first band was Farm Days, with Andy Capps and Brett Nelson in the early 1980s. His second band was Treepeople, with whom he released three albums and two EPs. He has been the lead singer and guitarist of Built to Spill since 1992. With Built to Spill, he developed a reputation as a preeminent indie rock guitarist; his guitar playing style blends rock, pop, blues, and folk. His influences include J Mascis, Jimi Hendrix, Led Zeppelin, Caustic Resin, Mississippi Fred McDowell, David Bowie, and Neil Young.

In 2002, Martsch released his first solo album, Now You Know, to critical acclaim. In 2011, he contributed to a tribute album to The Smiths entitled Please, please, please… with a cover of “Reel Around The Fountain”.