“Girl Flu.” is the first feature from writer-director Dorie Barton, starring Katee Sackhoff, Jade Pettyjohn, Jeremy Sisto, and Heather Matarazzo. It premiered at the prestigious Los Angeles Film Festival in the summer of 2016 and enjoyed a year-long festival run around the United States and internationally, winning several awards, including Audience Awards for best narrative at the Florida Film Festival, the Omaha Film Festival, and the Nashville Film Festival in the Best New Director category. The film was released on streaming platforms in the autumn of 2017.

Bird, 12, wise beyond her years, finds herself having to take care of her fun-but-flighty stoner of a mom, Jenny. When Bird is humiliated by getting her first period at the school picnic, the delicate balance at home blows up as Bird and Jenny struggle to navigate the onslaught of change and raging hormones. After making some regrettable decisions along the way, with the help of Jenny’s golden-hearted boyfriend and her rock steady best friend, both mother and daughter discover what it means to really become a woman.

Dorie Barton made her debut as writer-director with the feature film Girl Flu. As an actor, Barton has been seen in countless television shows from daytime drama to multi-cam sitcoms, major motion pictures such as “Down with Love” opposite Ewan MacGregor, and indie favorites including Bobcat Goldthwait’s “God Bless America.” Barton has performed onstage for much of her life, most recently as Mary in Sarah Ruhl’s Passion Play and the title role in Len Jenkins’ Margot Veil. She has also been the voice of numerous national ad campaigns and narrator of documentaries and books. Barton is a long- time script consultant for filmmakers, working with up-and-coming writers and industry veterans alike. Barton graduated from the California Institute of the Arts with a BFA in theater and she remains a proud member of the Evidence Room Theater Company in Los Angeles. 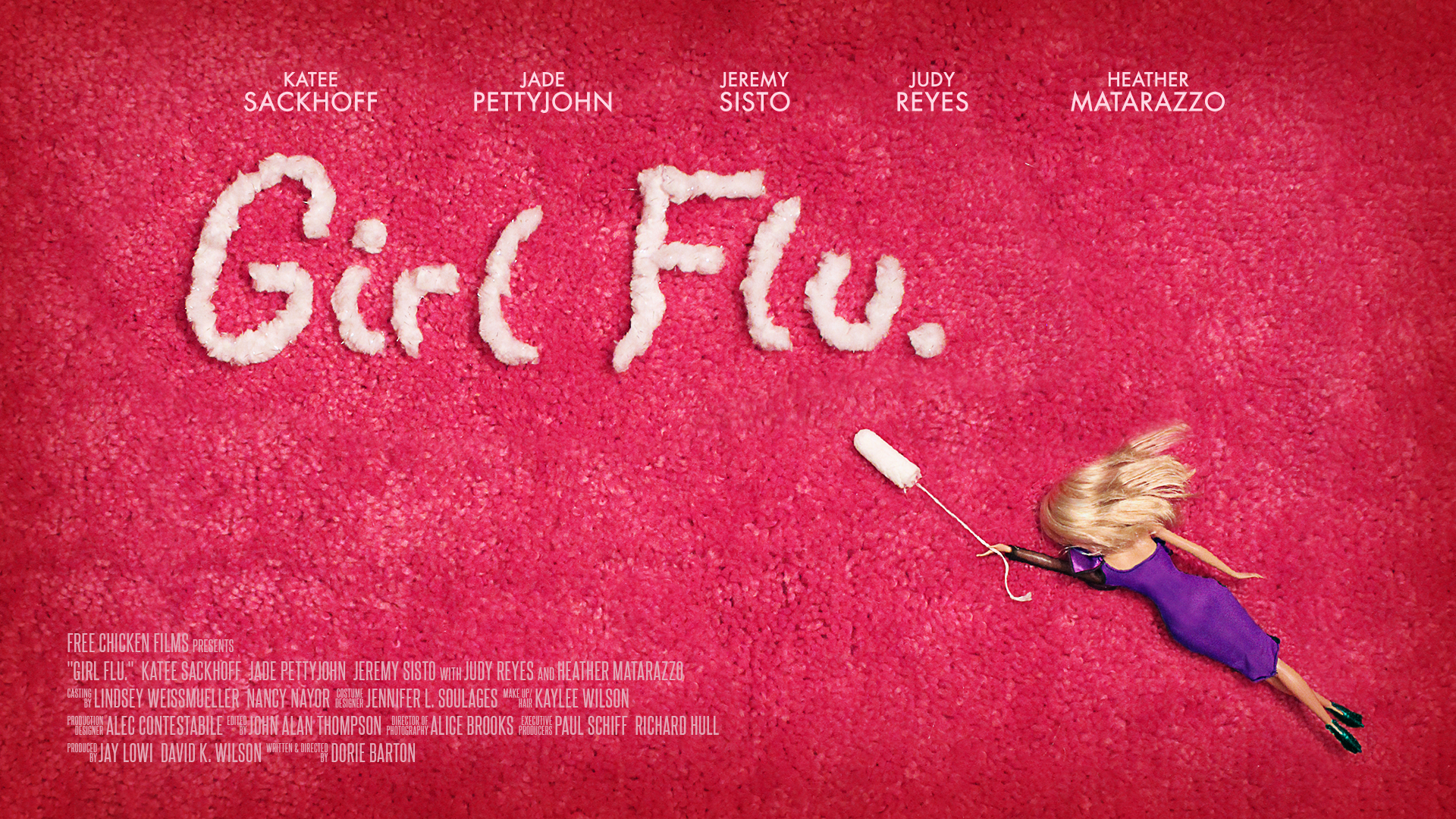