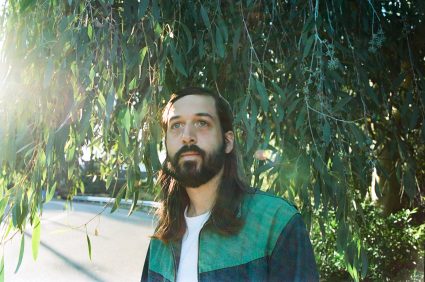 Jeffrey Silverstein is a songwriter living in Portland, Oregon. He has been making music for over a decade. Prior to relocating to Portland, Silverstein released music with Brooklyn-based duo Nassau and Baltimore’s Secret Mountains, projects who received praise from NPR, Stereogum and the New York Times. How On Earth (2019), his debut solo EP for Driftless Recordings, was developed as an artist-in-residence at the Sou’wester Lodge on the coast of Washington where Silverstein lived, wrote and demoed material inside a vintage Ford motorhome turned recording studio.

In between solo tours, weekend runs and local performances, Silverstein laid groundwork for You Become The Mountain, his first LP for Arrowhawk Records (Spring 2020). Recorded and produced by Ryan Oxford (Y La Bamba, Matt Dorrien, Jacob Miller) at Color Therapy Recording, the nine songs that comprise YBTM are heavily inspired by the landscapes of the Pacific Northwest, meditation, long-distance running and Silverstein’s work as a special education teacher. Expanding on the minimalist approach (guitar/vocals/drum machine) heard on How on Earth, Silverstein invited pedal-steelist Barry Walker Jr. (Mouth Painter, Roselit Bone) and bassist Alex Chapman (Parson Redheads, Evan Thomas Way) to round-out anincreasingly meditative sound. Led by the spirit of late Detroit musician Ted Lucas, Silverstein was moved to create an album featuring both instrumental and lyric-based compositions. Silverstein casts a wide net in 40 minutes, offering fans of both traditional and experimental folk entry points into his universe. Primarily tracked live and void of heavily processed sounds, the LP serves as a proper introduction to a songwriter who celebrates patience and restraint in the highest regard.