This show is a part of a Sou’wester Arts Week Benefit Series! Suggested Donation is $5-10, no one turned away for lack of funds, and all proceeds go towards sponsoring an artist in residence at our first annual Arts Week! 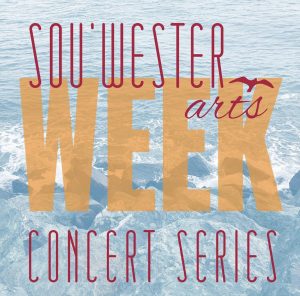 ROBIN BACIOR is a multi-instrumentalist and songwriter. Her work has received praise from NPR’s All Songs Considered, Vh1, MTV, NYLON, L Magazine, CBS, Mother Jones Magazine, among other media platforms.

“Her brand of folk is straightforward at its core, but then nicely fancied up, with piano and strings allowing the intricacies and peculiarities of her massively affecting vocals to shine through.” The L Magazine

“A guitar. A voice. Sometimes that’s all a musician needs to lift the listener to a higher place. Smart lyrics help, too, and Robin Bacior has them.” – Dave Riedel, CBS News

“Carefully woven folk sound and tender vocals, showing that sometimes a quiet power is all you really need.” – Nylon

She is the recipient of a Regional Arts and Culture Council Grant, a nominee for the Independent Music Awards, and a member of the Recording Academy.

Bacior is also an arts & culture writer and has contributed to magazines such as Spin, Under The Radar, Portland Mercury, among others. She is the creator and columnist for “New Eyes”, a series on photographers within music for Berlin-based Majestic Journal, and currently a senior staff writer for Consequence of Sound.

She lives with her husband in Portland, OR.
Photo by Kim Smith

This show is all ages and open to the public!