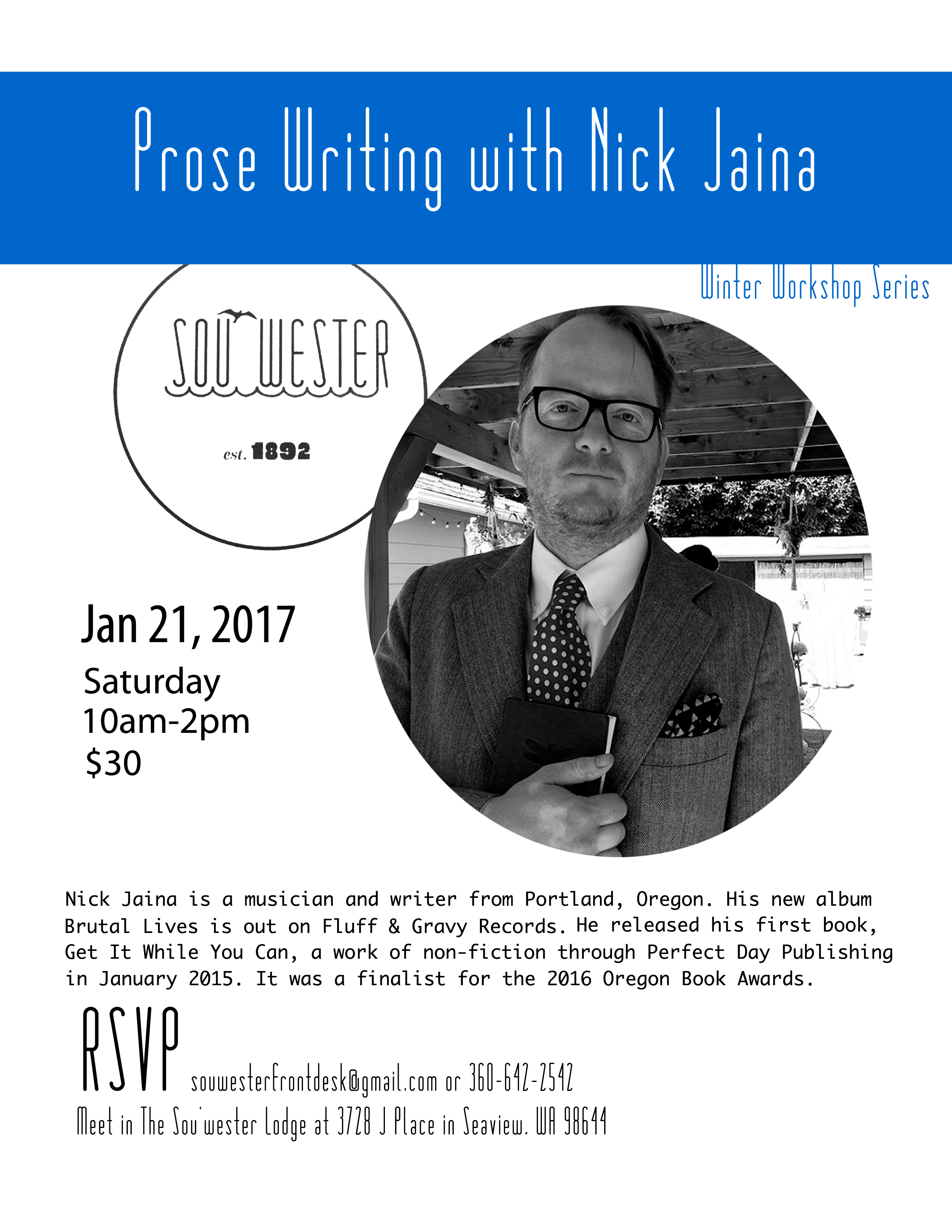 Nick Jaina is a musician and writer from Portland, Oregon. His new album Brutal Lives is out on Fluff & Gravy Records. It is available on Spotify, iTunes, Bandcamp, and wherever digital albums are sold. There will be an album release performance at the Liquor Store in Portland on October 6th.
He is a co-founder and musical director of the Satellite Ballet and Collective in New York City. He has composed the music for three ballets and three contemporary dances with that group, featuring dancers from the New York City Ballet, Ten Hairy Legs, and Juilliard, performing at the Baryshnikov Center and the Joyce Theater. Their most recent performance was two sold-out shows at Brooklyn Academy of Music in May 2014. Of that show, the New York Times wrote, “[The] pure, pungent, earthy music for strings, piano, and percussion… was the most physically bracing part of the night.”

He released his first book, Get It While You Can, a work of non-fiction, through Perfect Day Publishing in January 2015. It was a finalist for the 2016 Oregon Book Awards.

To RSVP please call the Sou’wester front desk at 360-642-2542 or email souwesterfrontdesk@gmail.com.