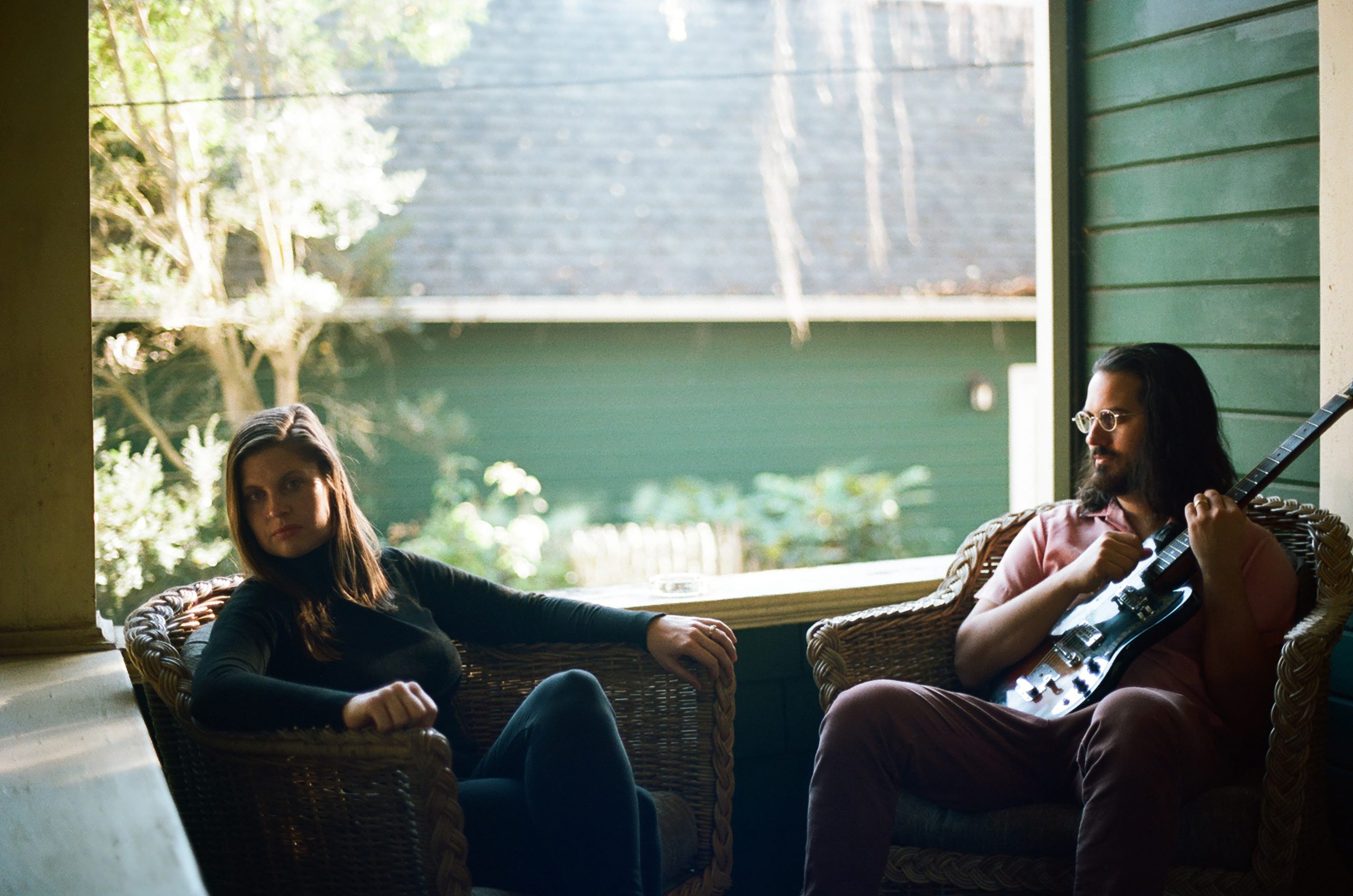 Few bands command the unexpectedly fine line that divides tension and release like Sama Dams does. And it’s no wonder: songwriters Sam and Lisa Adams have been playing music together for over a decade – as long as they have been married – developing a creative forthrightness that sometimes feels voyeuristic. Taking cues from jazz, R&B, new wave, indie-rock, and classical art song, the alt-rock trio weaves a sensuous musical fabric that is distinctly theirs.

Much like the Dirty Projectors or Thom Yorke, Sama Dams’s high art sensibilities are wrapped around a subversive knotty core of uncompromised radicalism – like if Leonard Bernstein was signed to K Records. In that way, the DIY ethos of the Pacific Northwest has shaped much of the band’s path forward since graduating music school in 2008 and relocating to Portland in 2012.

Sama Dams’s fourth and most recent full-length album, ‘Say It’, surprises you with its gritty yet precise instrumentation, striking a keen balance between reserve and power, from wiley “Neil-Young-riding-a-rocket-sled” electric guitar riffs and mutant waves of organ to distorted ukulele and cut-up-on-the-spot breakbeats. The Portland Mercury said “‘Say It’ is an endlessly fascinating sonic concoction, and a confident step forward for Sama Dams.” What should be a series of stylistic contradictions results in each song firmly standing its ground as an interwoven compositional masterpiece, bending and twisting with eclectic abandon.

The band’s sprawling sonic footprint is held together by their dynamic vocal power – an alternate-reality vocal pairing of Kate Bush and Jeff Buckley. Sam and Lisa’s combined proficiencies and unique approaches to songwriting merge with the brilliant percussive work of drummer Micah Hummel, creating a matchless sound in live settings as well as in the studio.

Sama Dams can regularly be found gracing stages, music festivals, and living rooms across the United States and Central Europe, their music finding a place in the hearts of both music enthusiasts and general audiences alike with their intelligent arrangements, catchy melodies, and playful musicality.

The band’s support of their latest release Not Gonna Lie EP in February of 2020 was interrupted But they are happy to be back on stage, and preparing to record a full length record.