All are invited to welcome Vanessa Renwick as she presents 70 minutes of short films as part of her North South East West Film Tour.

Free and open to the public.
These short, personal constructions demonstrate a wide range of formal approaches and subjects that include wildness, hitchhiking, death, nuclear power, gentrification and migration. Renwick’s films share a restless spirit, an interest in outlaw art-making, and an unflagging sense of wanderlust. 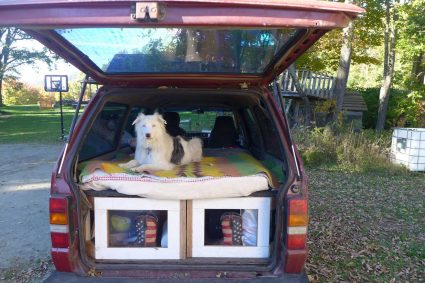 1. A selection of 13 shorts. These short, personal constructions demonstrate a wide range of formal approaches and subjects that include wildness, hitchhiking, death, nuclear power, gentrification and migration.
Renwick’s films share a restless spirit, an interest in outlaw art-making, and an unflagging sense of wanderlust.

2.  Medusa Smack with Hope and Prey. A program which starts with a poetic, relaxing video about jellyfish – Moon Jellies and Sea Nettles, with a score by Tara Jane O’Neil. Then we head into a heart-pounding three channel exploration of wolves, coyotes, bison, elk, eagles, ravens and moose in the Yellowstone winter scape, with a score by Daniel Menche.

3. A program focusing on wolves and wildlife management. Charismatic Megafauna with documentation of Hunting Requires Optimism 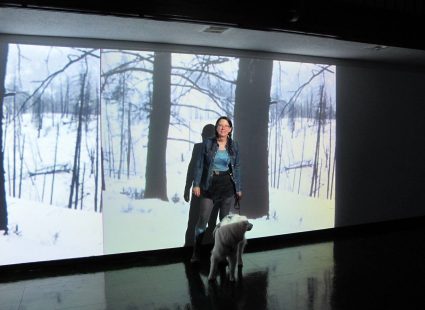 Vanessa Renwick is an artist by nature, not by stress of research. She puts scholars to rout by embracing nature’s teaching problems that have fretted trained minds. Working in experimental and poetic documentary forms, her iconoclastic work embodies her interest in landscape and transformation, and relationships between bodies and landscapes, and all sorts of borders.

She has been a singular voice in the experimental cinema for over 20 years. Eschewing an allegiance to any one medium or form, Renwick builds authentic moving image works revealing an insatiable curiosity and unflinching engagement with the world around her. Often focusing her lens on themes of westward expansion and the locales of her adopted home, the Pacific Northwest, Renwick uses avant-garde formal elements to explore radical politics and environmental issues. An artist who often self-distributes, her screening history reads as a map of independent cinema worldwide. She has screened work in hundreds of venues internationally, institutional and not, including The Museum of Modern Art, Light Industry, The Wexner Center for the Arts, Art Basel, Oberhausen, The Museum of Jurassic Technology, Centre Pompidou, Bread and Puppet Theater and True/False Film Festival, among many others.