Zeb Dewar is a Folk/Rock/Americana band based in Portland, Oregon and has released 6 records over the last 10 years, most recently a Greatest Hits compilation now out on Curly Cassettes! Upright bass, violin and perchance cello….a fun and mellow night with Graves joining the eve!

Zeb has toured the USA, played the Nelsonville Music Festival, opened for Samantha Crain, and shared bills with Michael Hurley, Run On Sentence, Clarke & The Himselfs. 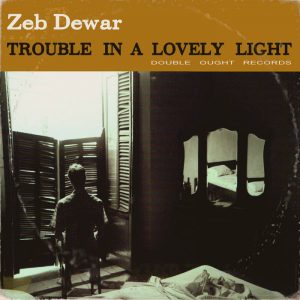 Greg Olin used to play in a band called York Roberts. Today, “Graves” is only subtly different from “The Graves”, the nomenclature which accompanied Olin’s debut Love Love Love. The evoltion of the music and the moniker is somewhat telling. Like so many HUSH artists, Olin specializes in a songwriting style which can be reduced to its minimum components — vocal and guitar — and still work. But life is too short and friends/musicians are too plenty not to enhance the writing with a more traditional band sound: drums, bass, keys, horns, etc. With Yes Yes Okay Okay, Olin has discovered a perfect synthesis of intimate songwriting with enhanced, rule breaking instrumentation that one usually associates with the likes of Wilco and others. Perhaps more than ever, Olin’s music sounds like the man behind it: utterly sincere, slightly off kilter, instantly likable. In a way, stripping “The Graves” of “The” is an indicator of the systematic dismantling of pretension that is at work in these songs.