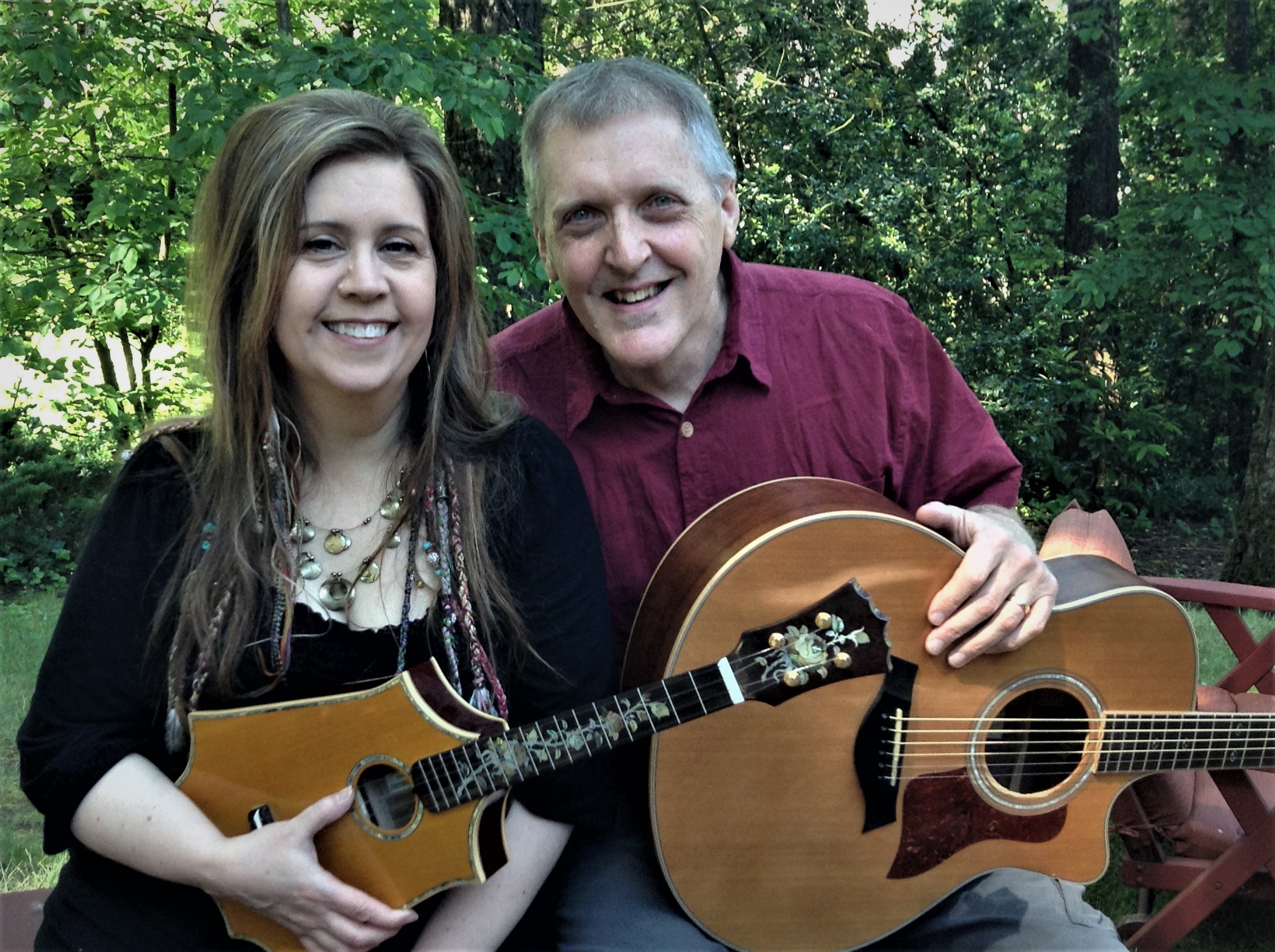 Cynthia O’Brien is an artist of many facets — spiritual, musical and intellectual. She is soulful, passionate and easy to connect with, and the songs she shares range from whimsical originals to re-interpretations of ancient folk songs, 70s pop and smoky jazz standards. Her performances include songs about real life, love, regret, inspiration, midlife crises, parenting and contentment.

Cynthia started performing as a child in church, building skills on piano, guitar, ukulele and harp. Following her passion for music, she graduated from USC with degrees in choral conducting and journalism, leading her to be a music critic for Copley Newspapers, covering Los Angeles’ most prestigious operas, orchestras and choral performances. She directed a Spanish-speaking choir, Voces de Amor, in uplifting concerts for nonprofits serving Latino communities. Cynthia and her husband, Michael, relocated to the Northwest in 1996 to lead a spiritual community. She has since become an influential member of Portland’s music scene, helping build the new nonprofit Youth Music Project in West Linn, where she taught vocal performance, guitar and piano. From being a Copa Girl at Tony Starlight’s Supperclub and Lounge, to singing at weddings and open mics, Cynthia’s mission is to surprise and delight her listeners, mentor young musicians, and build friendships through music.

Chris Frimoth is a multi-instrumentalist and original singer/songwriter who grew up in the Portland area as the son of a minister/clown/radio host, and a writer/clown/wife. Chris is equally at home on keyboard, guitar, ukulele and melodica. Known to many as Chris Taylor, he has been a radio personality in the Portland broadcasting scene, and a DJ and professional emcee for countless weddings and events. Chris is the keyboardist/acoustic guitarist/vocalist for the Portland band HomeBrew; he also played for 13 years in a church worship band and has performed as a soloist throughout the Northwest. Under his Chris Taylor name, he released a solo album in 2012, “In Those Days.” He and his wife, Barb, are busy voiceover artists whose work is regularly heard on radio and television stations and many other multimedia presentations. And to keep things real, Chris is involved in his community as a part-time cashier for New Seasons Market.

As musical collaborators, Cynthia and Chris are collectors and re-imaginers of songs familiar and strange.  Their songs aim to cheer you up and calm you down. Having played in a variety of settings from wine bars to street fairs, they most enjoy the intimacy of small venues for the connection they can share with their listeners, creating space to reminisce, imagine, and enjoy a night of calm under the stars.

This event is free and open to the public