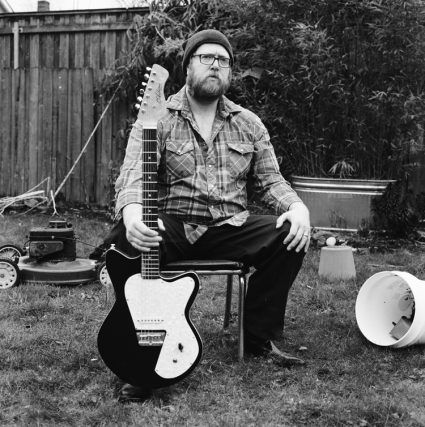 Eight years ago you would’ve seen Chuck Westmoreland onstage, a busted sprinkler head of awkward and endearing gyrations, gesticulations, and sweat who came, as he put it then, to “rock [your] balls off.”

Eight years ago. Before he walked away from it all. Before marriage. Before his wife’s cancer fight brought him to his knees. Before the birth of his first child chiseled away whatever remained of that almost-famous man that used to bounce around under the spotlight.

Nearly a decade later, Westmoreland returns with his self-titled solo debut, a powerful album that takes his gift for character sketches and deconstructions and turns the focus squarely, and unblinkingly, on himself.

Owing more to Gordon Lightfoot than Guided by Voices, Chuck Westmoreland shears away all outré influences for a singer-songwriter’s lunch pail full of bare-knuckle blood and guts.