A wonderful treat to have Josephine Foster coming to the Sou’wester with special guest Michael Hurley!

“There are few of Foster’s contemporaries who are able to voice a song in such a striking and idiosyncratic manner, and it is borne out in the spate of enthralling albums that she has released in recent years. Her last record, Blood Rushing, offered a selection of recordings that showed Foster’s interest in both European and American folk traditions, indicative of her roots in Colorado and her time living in Spain.” 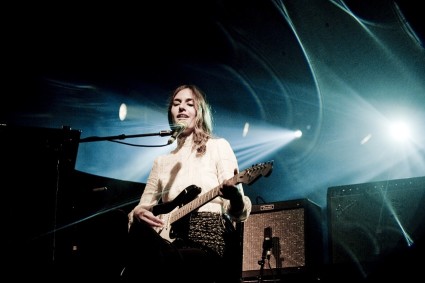 “Foster’s work touches on tradition in a way that seems both retrospective and reverent, without necessarily giving itself over to pure emulation. ‘Pretty Please’ is tinged with a country feel, its taut double bass and strumming guitar offset by a tinkling set of honkey-tonk ivories and the late inclusion of Victor Herrero’s slide guitar. Immediately following is ‘Magenta’, with Foster’s voice beautifully complemented by a cluster of piano chords and bowed bass, the results almost too tender for a listener caught off-guard. It is a precise example of the level of fine detail in the composition and execution of I’m A Dreamer; a demonstration of the gathering together of a musical knowledge and confidence in attempting things that would seem pat or dull in the hands of less confident musicians.” The Quietus Review by Andrew Spragg

“Michael Hurley is an American folk singer who was essential to the Greenwich folk music scene of the 1960s and 1970s. He is able to play a wide variety of instruments. Michael Hurley is also a cartoonist and a painter.” Wikipedia