“Born and raised in Chicago, Lindsie Feathers entered the music scene in 2004, but her relationship with music began at age nine in the middle of Illinois cornfields, watching Loretta Lynn and Patsy Cline movies on her grandmother’s VCR, being captivated by their voices, their outfits and their stories. Not long after, she encountered her first guitar.” 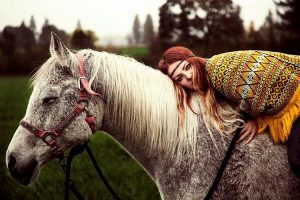