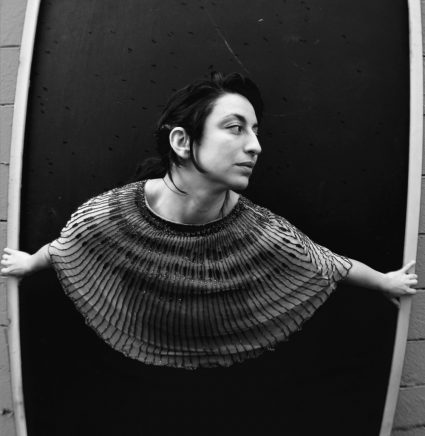 Ora Cogan’s music is deliberate medicine for fresh sorrows. Her voice is hypnotizing as a candle flame. This music demands our full attention, in a tender way. Cogan’s versatile, haunted voice opens up a mystical reality; hallowed, forlorn and full of promise. She has let her curiosity lead her into many genres over the years, combining the intricate guitar picking of Americana with grunge and psychedelic dreamscapes. She has been compared to 70’s folk legend Karen Dalton and Angel Olsen, while still setting herself apart in her own unique way.

Ora became a part of Vancouver’s eclectic music community at the age of 19, co-producing her 2010 album The Quarry with Jesse Taylor at Nite Prison and collaborating with a multitude of artists participating in Fake Jazz Wednesdays & Her Jazz Noise Collective. Cogan has released six full-length recordings to date and has shared the stage with the likes of Chelsea Wolfe, Hope Sandoval and Grouper while touring extensively across Europe and North America for the past 10 years. She has appeared on radio shows, such as WNYC’s Spinning on Air, and played numerous festivals including Vancouver Folk Festival, The Festival of Endless Gratitude in Denmark, and Tanned Tin in Spain.