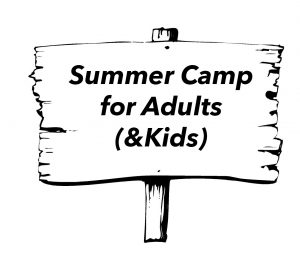 FILM SERIES   with Eric Isaacson  OPEN TO THE PUBLIC

A COSMIC AND EARTHLY HISTORY OF RECORDED MUSIC

ACCORDING TO MISSISSIPPI RECORDS

This admittedly whirlwind presentation attempts to sum up the entire history of recorded music starting with the birth of all stars in the universe and ending in the dark ages of the 1980’s.  To tell this story, Mississippi Records representative Eric Isaacson uses 45 minutes of film, 166 slides, and many audio samples. Also being shown are many novel and strange pieces of film that drive home how high and low culture can fly.

INCLUDING A SHORT PRESENTATION ON ECSTATIC TRUTH

Mississippi Records presents one of the most influential films on its philosophy, The Secret Life of Plants!  A beautiful film, originally released in 1978 featuring a tripped out Stevie Wonder Soundtrack, stunning stop motion photography showing the life of plants, deep in sites into the meaning of life and much more! After the film, Eric Isaacson from Mississippi Records will give a very short slide show and film presentation on Waylon Green (the director of Secret Life) and the concept of Ecstatic Truth.

I DON’T FEEL AT HOME IN THIS WORLD ANYMORE:

Mississippi Records has produced over 200 releases on LP & 100 releases on cassette tape. They have managed to do this on a shoestring budget, without ever advertising or engaging in promotion of any kind & distributing only through DIY avenues. Eric Isaacson is the founder of the label & is responsible for much of the graphic design, editing & producing of its releases.  He also owns & operates the Mississippi Records retail shop in Portland, Oregon.

**AS OF JUNE 1ST THIS WORKSHOP IS OPEN TO THE PUBLIC AS WELL AS GUESTS STAYING AT THE SOU’WESTER! Currently Our SUMMER ART CAMP Workshops are Only Open to Guests Staying at The Sou’wester and they may fill up fast! Plan ahead.